This is a report on the electromagnetic interference (EMI) measurements at Arizona Public Service Company (APS), Palo Verde Nuclear Generating Station conducted in 2013 as it relates to employees with an implanted medical device.   APS, Palo Verde Nuclear Generating Station requested a survey be done for electromagnetic field interference (EMI) with regard to the proper functioning of implanted medical devices, such as a cardiac defibrillator or pacemaker or an electronic insulin pump.  The testing was done with the assistance of the Plant Safety Manager.

The diagram at the end of this document, “Diagram of All Areas Tested for EMI as Measured in March 15, 2013” shows those areas that exceeded heart device guidelines. 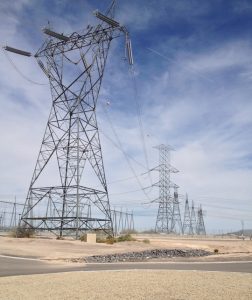